The RoadPeace Day of Remembrance 2019 was held at St. George’s Hall, Liverpool.

It was a privilege for us to attend the RoadPeace Day of Remembrance at St George’s Hall on Sunday November 17th.

We, along with many of our partners, City Dignitaries and the Merseyside Police & Crime Commissioner went to pay tribute to the victims of road traffic collisions and their families.

As the purpose of Merseyside Road Safety Partnership is to reduce the number of people killed or seriously injured on Merseyside’s roads, standing with those who are struggling through the carnage that an RTC wreaks is a forceful reminder of the reality of our work.

With almost 4,000 people killed and many hundreds of thousands injured on roads throughout the world every day, regional remembrance services such as this are a chance for victims and supporters to come together, remember, grieve, and resolve to make change a reality.

The release of doves was a powerful, and deeply moving, symbol – not only of remembrance, but also of the commitment of everyone present to eliminate road deaths.

Friends and families of victims laid flowers at the RoadPeace memorial within St Johns Gardens to commemorate their lost loved ones. 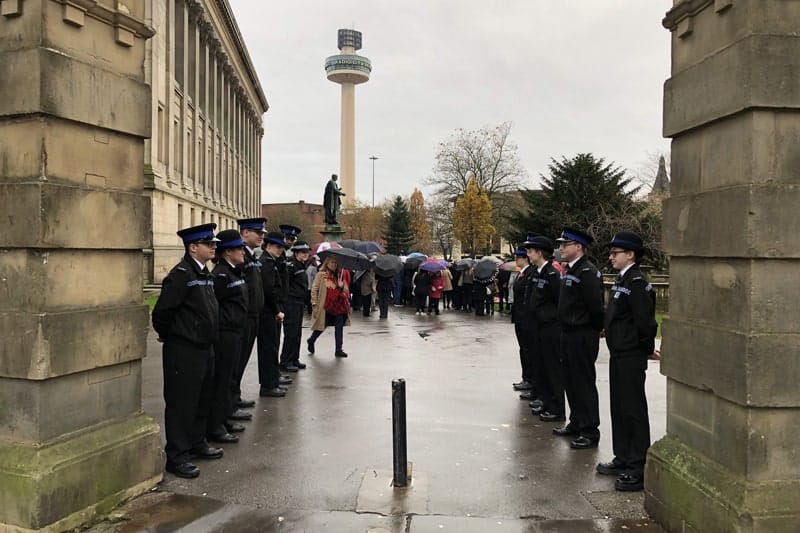 Police cadets were present and a credit to the force

The emotional words from Merseyside’s Police Crime Commissioner gave a voice to the feeling that we in Merseyside do have a genuine resolve to prevent families having to suffer through these tragedies.

RoadPeace offer emotional support to those impacted by RTCs, as well as help navigating the justice system in the wake of collisions. For anyone who has been affected by an RTC, we would recommend visiting their website and getting in touch.

Buses across Merseyside are carrying an important Cycle...

Drink Driving – what you need to know