Be Bright, Be Seen

Be Bright, Be Seen

Now that it’s darker in the mornings and evenings, it’s important to remember to be extra vigilant when you’re out near roads. When it’s darker, visibility is greatly reduced for everyone which makes pedestrians and cyclists even more vulnerable than usual.

It’s important for everyone to ensure that they can be seen at all times, and drivers need to be aware that it is much more difficult to see pedestrians and other vulnerable road users when it’s dark.

If you’re a pedestrian or cyclist, Knowsley’s Road Safety team has some tips on how you can be bright and be seen and help to make yourself more visible to other road users:

If you’re a driver, remember it will be more difficult for you to see pedestrians and cyclists when it’s dark. Unlike this image, not everyone will be dressed in bright colours or reflective clothing. Children and others often wear dark coloured school uniform, winter coats or blazers.

There’s a child in the same position on both photos below. Which one is easier to see? 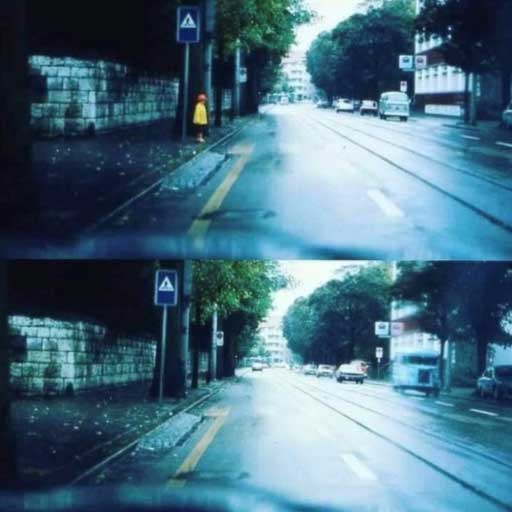 Buses across Merseyside are carrying an important Cycle...